Knowing When and How to Reclaim IPT 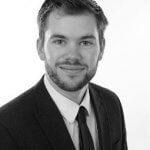 An insurer may need to reclaim insurance premium tax (IPT) from a tax authority for many reasons. These include a policy cancellation or mid-term adjustment, an administrative error or issuing a no claims bonus. In each case, it’s important to be aware of the issues involved ahead of any reclaim to ensure taxes are recovered in the most efficient way.

Cancellations of insurance policies and mid-term adjustments can trigger premium refunds to policyholders, but this doesn’t necessarily result in an IPT credit. Many, if not most, insurance tax regimes will allow the an IPT refund on returned premiums, but insurers shouldn’t assume this applies to all premium tax regimes. Most taxes collected by way of a fixed fee, such as France’s Victims of Terrorism Solidarity Fund and Irish Stamp Duty, will only be refunded if the contract is fully cancelled; if the contract was on risk for any period, a refund will not be made.

Countries that charge Stamp Duty on insurance, such as Cyprus and Malta, often don’t allow refunds after a certain cooling off period on the same principle. One of the most expensive regimes where an IPT refund isn’t due on a contract cancellation is Italy, where a simple fire or liability contract incurs non-refundable insurance taxes at an effective rate of 22.25%.

Even when a jurisdiction permits a refund, the insurer will normally need to prove that any IPT recovered from the tax authorities is passed back to the policyholder. An insurer should understand the variances in reclaim methods and the ability to make a successful reclaim.

The most common method of dealing with cancellations is to process them through the current return, i.e. where a return premium is processed, that amount of premium is netted off against the declared received premium for the same period. This is accepted in Germany and Finland for example, although there are variances with Germany requiring the returned premiums be declared separately in the return and in Finland just the net amount is reported. It’s vital the taxpayer captures and includes cancellations in the correct reporting period as any undue delay could result in the correction of an error instead.

How to handle corrections

The correction of an error due to an overstated return may be due to several reasons, such as, an administrative error or applying an incorrect tax treatment. The process to correct these types of error, of course, varies by territory.  Some follow the same approach as cancellations – i.e. through the current return, either with prior permission from the tax authorities or within certain limits.  Some, such as the German authorities, request a resubmission of a return, whilst others require a more thorough approach, including a detailed explanation of how the error arose, measures taken to prevent future errors and, in some cases, copies of the accounting ledgers. The UK take a hybrid approach. Within specified thresholds, certain errors can be corrected through the current return, but where corrections are outside these thresholds, a voluntary disclosure letter is required explaining the reason for the error and the corrective measures taken.

Constant error corrections run the risk of the taxpayer becoming an audit target for a tax authority. This could have consequences for IPT but also much wider tax implications.

An insurer may offer a no claims bonus to policyholders either at the end of the policy period, or an upfront discount on the renewal premium.  Again, the treatment for this type of premium refund varies by territory. In Germany, an IPT refund isn’t possible where the risk is fully subscribed. This means that offering a policyholder a refund on a contract due to no or low claims being made wouldn’t qualify for an IPT credit no claims bonus. This contrasts with the Netherlands, where a credit for IPT would generally be permitted, as they consider a no claims bonus as a refund of premium to the policyholder.

It’s important for insurers to be aware that when returning a premium to a policyholder, it doesn’t automatically mean the tax authority will refund the IPT paid. It can be beneficial for the insurer to understand the reclaim rules in the territories in which they operate to ensure efficient tax recovery and to maintain ongoing compliance.

Do you have questions about the rules, regulations, and compliance requirements of the beverage alcohol industry? This series, Ask Alex, is a perfect opportunity to get those pressing questions answered straight from one of the industry’s regulation and market experts, Alex Koral, Senior Regulation Counsel, Sovos ShipCompliant.  To take advantage of this opportunity and […]