How to Respond to the Growing Challenges of 1099-R Reporting 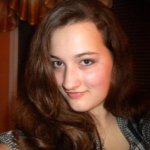 The demographics don’t lie: Reporting for form 1099-R is only going to grow more difficult as baby boomers retire. The form used to report distributions from IRA, pensions, annuities and other similar retirement accounts is poised to explode in volume.

As such, financial institutions (FIs) and insurance companies can’t afford to mishandle 1099-R reporting. The potential for errors and late filings increases as deadlines contract and form volume expands, opening FIs up to the risk of IRS and state financial penalties. And with state regulations varying wildly, FIs can’t afford to wait until year end to deal with IRA reporting and withholding.

By following a few best practices and being up to date on trends and regulations, companies with 1099-R reporting responsibilities can achieve efficiency and minimize financial risks.

The US Census Bureau projects that 20 percent of the US population, one in five Americans, will be 65 or older by 2030. That translates to 10,000 baby boomers, or people born between 1946 and 1964, retiring every day between now and then.

The overwhelming majority of those people will take distributions from some form of retirement plan, triggering a 1099-R in each case. Many millions more younger people will contribute to IRAs and other retirement plans, each requiring a Form 5498. And younger workers, already worried about not having enough money for retirement savings, are contributing to IRA and 401k plans at higher rates than in the past.

Along with an explosion in form volume that is happening and will continue, the IRS and states have further increased the complexity of 1099-R reporting by moving up deadlines. Forms are due to recipients by Jan. 31 under IRS rules and by Feb. 28 to the agency itself if filed on paper or by April 1 if filed electronically.

The real kicker is that after the IRS moved up deadlines for W-2 and 1099-MISC box 7 forms to Jan. 31 from March 31 following the passage of the PATH Act, many states followed suit by advancing 1099-R deadlines. FIs now have to deal with multiple deadlines in multiple jurisdictions state-by-state.

Deadlines aren’t the only break between IRS and state rules. Electronic filing is required for federal submissions of more than 250 forms 1099-R. States, however, have varying thresholds depending on the state. The same goes for the threshold for IRA reporting, which is $10 or more for IRS purposes but varies greatly from state to state.

And then there are the withholding requirements involved with the 1099-R, which show a wide discrepancy between state and federal requirements. Periodic pension or annuity payments, or payments made at regular intervals for more than a year, are generally treated and taxed as wages. But non-periodic payments that aren’t eligible to be rollover distributions carry a withholding rate of 10 percent. There are more permutations if a 1099-R recipient opts out of or elects for larger withholding.

Relatively simple, right? Enter the states, and things get crazy. This is the simplified version of state withholding policies:

Got it? And then there are anomalies and exceptions. The point is that 1099-R reporting on the federal and state levels is complex and only going to become more difficult as form volume expands.

So, what can FIs do to avoid penalties and wasting time and resources? There are a few steps they can take to facilitate the process of 1099-R reporting.

The first is to make reporting a year-round process rather than waiting to validate information at the end of the year. FIs should reconcile their general ledgers against form-level data at least every quarter. In doing so, they should practice a triangular approach, comparing remittances, general ledger liabilities and form-level data. Staying on top of things year-round means less panic at year-end and reduces the risk of errors.

Companies should be aware of and be able to dynamically correct some common difficulties that crop up in reporting. They include:

FIs also need to be aware of state filing dates and requirements before reporting season begins. While many states are still part of a combined federal/state filing program (CF/SF) with the IRS, a growing number are not. Vermont and Virginia, for instance, recently dropped out, and Alabama, Colorado, Georgia and Indiana are also not part of the program.

Furthermore, where a state allows it, FIs should set up separate accounts for wage and non-wage retirement programs in order to avoid reconciliation problems related to matching W-2 transactions instead of 1099-R payments and liabilities.

The difficulty of managing 1099-R reporting and its various requirements, combined with a surge in form volume that is already happening and will continue, makes outsourcing 1099-R reporting an especially attractive option. FIs can avoid being overwhelmed by keeping up with regulatory minutiae while also reducing the risk of financial penalties and increasing efficiency.

Learn much more about 1099-R reporting and many other related topics, including more best practices, in this upcoming Sovos webinar

Nicolette Chasse is a Junior Regulatory Counsel at Sovos Compliance. Her main areas of focus are Automatic Exchange of Information (AEOI) reporting under FATCA and CRS and 1099 Federal Withholding Reporting. Nicolette received her B.A. at Trinity College and her J.D. at Penn State’s Dickinson School of Law. She is a member of the Massachusetts Bar.
Share This Post
LATAM VAT & Fiscal Reporting
Sovos Acquires Taxweb, Extends Tax Determination Capabilities in World’s Most Challenging Compliance Landscape