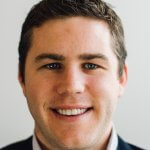 With recent enforcement measures, the IRS has offered definitive proof that the Affordable Care Act (ACA) is still alive and that the agency plans to strictly enforce ACA reporting.

Last spring, the agency issued Letter 226J to Applicable Large Employers (ALEs) that failed to cover 95 percent of employees. ALEs are companies with 50 or more full-time workers. Letter 226J assessed penalties for non-compliance based on IRC 4980H and represents the standard measure the agency uses to penalize companies that run afoul of one part of the ACA regulations.

But the IRS hasn’t stopped there. In an exceptional move, the agency proactively compared  ACA forms filed to W-2 forms filed in an effort to find companies that didn’t report 1095 forms, the forms used for ACA reporting. Companies that failed to report 1095 forms received IRS Letter 5699, essentially a letter asking them to justify, by a deadline, why they didn’t file and offering them a choice of five legal scenarios for explaining their failure to comply. Companies that didn’t respond by the deadline with justification received IRS penalties.

Comparing forms W-2 forms filed in order to root out non-filers of ACA forms is something the IRS has never done for filers with 1099 reporting obligations. And the penalties don’t stop there. This year, it is expected that the IRS will also issue 972CG penalties, the dreaded P notices, to companies that fail to file, file 1095 forms late or have mismatched name and Tax Identification Number combinations on their forms that they do not attempt to correct or rectify. The P notice is the same as the standard penalty notice for late or incorrect 1099 filings.

Essentially, then, with Letter 226J, Letter 5699 and P notices, the IRS can enforce ACA compliance via three different penalties with three different timelines for the same tax year. This type of enforcement activity is unprecedented even in decades of 1099 reporting enforcement and sends a clear message that ACA reporting is not only alive but fraught with considerable risk.

Penalties for failure to file are $270 per return, which does not include extra financial punishment for intentional disregard of filing regulations. The letters and penalty notices the IRS is sending make it clear that the agency fully intends to penalize non-compliant ALEs. The IRS is taking this action is is despite the fact that 2016 was considered to be a “good faith” filing year for the ACA.

Limits to good faith for the IRS

In fact, the IRS has extended good faith filing for tax year 2018. However, the IRS has made clear that before the agency will grant penalty relief under good faith, the ALE will need to demonstrate that it made a reasonable effort to comply with regulations and acted in a responsible manner. Also, for good faith to apply, ALEs need to file on time. The IRS has specifically stated that not filing or not filing by the due date does not constitute good faith.

Acting is a responsible manner also means filing any necessary corrections. For instance, an ALE that received errors for a name/TIN mismatch would need to demonstrate that it attempted to solicit correct TINs from payees and followed the recommended TIN solicitation process. This means soliciting a payee’s TIN upon enrollment, with a second solicitation made a reasonable time thereafter–generally 75 days. Finally, if the ALE still hadn’t received a TIN, it would need to solicit on December 31 of the year following the initial solicitation.

The final analysis is that ACA reporting, and more specifically, ACA reporting penalties, are alive and well for tax year 2018. ALEs that do not have streamlined, efficient ACA reporting processes actually face potential punishments that are more severe than those involved with 1099 filing. Centralizing and automating ACA filing, on the other hand, significantly mitigates penalty risk.

Sovos ShipCompliant hosted the 15th annual Wine Summit a couple weeks ago, only this time it was a shortened “Piccolo” virtual version. This half-day event featured some of the most popular sessions and presentations originally scheduled for the cancelled live event back in May. The recorded version of the event is available to watch on-demand; […]

VAT gaps can generally be found in countries that collect indirect taxes. This hiatus has led many tax administrations to implement Continuous Transaction Controls (CTCs), through which transactional and accounting data are monitored in real-time or near real-time. However, even countries with sophisticated CTCs may encounter fraud involving missing traders and non-existent supplies. This creates […]

Last year, Sovos promised insurers we would Solve Tax for Good®. A year later, we have helped thousands of insurers ease the burden and risk of modern tax and regulatory compliance. We have kept our promise by helping insurers stay ahead of the Tax Cuts and Jobs Act, SECURE Act and all other tax and […]

Over recent years, the number of insurance captives domiciled in Europe has stagnated, if not fallen.  Against this backdrop, the challenges faced by captives across the region are rising and in particular, following the COVID-19 pandemic. A specialized market in restricted jurisdictions Europe is the third largest insurance captive domicile in the world having around […]

Earlier this week, Sovos announced the acquisition of Accordance , a U.K.-based value-added tax (VAT) managed services company that has been a Sovos partner since 2018. Accordance adds a leading service provider with unique VAT expertise to our growing European organization, strengthening the foundation we have been building for continued global expansion. This acquisition — our […]