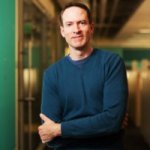 The South Dakota v. Wayfair decision last June has created a lot of angst for indirect tax professionals and the businesses they work so hard to protect from the burdens of sales and use tax filing. Six months later as we begin the new year, that angst has not gotten any lighter. Any federal legislative measures that would make tax professionals’ lives easier appear to be out the window for now.

Many tax professionals are still taking a wait and see stance and addressing their new sales tax filing obligations after the holidays as states “make up their minds.” Unfortunately, many states (30+) have already made up their minds and even more will do so during the early part of 2019. For those still waiting to register and collect, transaction-level thresholds will be must-watch developments as questions still linger as to the impact they will have on indirect tax returns for businesses with just enough sales into a state to submit minuscule tax returns. 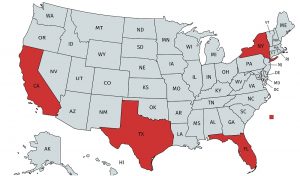 With that in mind, here are some larger states to watch as states adopt and implement new remote sales tax thresholds:

Sovos reported on its Regulatory Feed in December that California set its economic thresholds for remote sellers to collect state sales tax if their sales into California exceed either $100,000 or 200 separate transactions during the current (2018) or preceding calendar year, beginning April 1, 2019.

However, there are those lawmakers who believe the California threshold is too low for such a large state. While there could be future legislative or regulatory action changing the threshold, for now, the California Department of Tax and Fee Administration believes they are best serving the interests of their citizens by setting their threshold identically to what passed constitutional muster at the Supreme Court.

Florida has still not issued guidance for remote sellers. Not since Attorney General Pamela Bondi and William Stafford III signed a court filing involving a tobacco excise tax, indicating that Wayfair controls the outcome of remote seller sales tax laws and “there is no reason that case should not be applied retrospectively as well as prospectively,” has there been any indication of what the state may enact. In the Wayfair decision, the Court specifically pointed out the virtue of the South Dakota law not being retroactive, and while Hawaii toyed with the idea for a while, no state has enacted a retroactive economic nexus rule to date.

While tax professionals still wait for New York to issue guidance, they should be aware that the state is among many now using data mining software to uncover non-collecting remote sellers in the wake of Wayfair. The New York State Department of Taxation and Finance is using data mining software to discover new patterns of non-compliance through interactive access to and analysis of tax data, finding out-of-state sellers that may not realize they owe tax or are neglecting their collection and remittance obligations.

As Sovos reported in September, Texas was working on new post-Wayfair regulation. The current draft proposes removal of references to “nexus,” replacing them with safe harbor for remote sellers. The draft proposal currently states that the comptroller will not impose collection requirements on remote sellers whose prior year Texas sales are below the safe harbor amount of $500,000. Collection and permit requirements under this regulation change are tentatively effective October 1, 2019.

Interestingly, Texas is not proposing a transactional threshold. This should come as good news for those businesses who primarily sell into Texas and those multinationals with a significant economic presence in the state. What will be interesting to see is whether Texas, who has a fairly complex system of local taxes, follows states like Alabama and Louisiana in enacting a special tax rate for remote sellers.

If you haven’t read our director of regulatory analysis’ piece, “5 Tips to Prepare for Expanded Sales Tax Filing Obligations,” I highly recommend it.

Be a sales tax hero by safeguarding your business with the world’s most complete sales & use tax filing solution. Request a Sovos Sales and Use Tax Filing demo today and solve sales tax filing for good.