Mandatory e-invoicing in Italy: What to expect on 1 January 2019 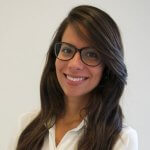 Is a potential postponement in sight?

With Italy’s e-invoicing mandate deadline drawing ever closer, there is growing speculation that a postponement may be in sight.  The rumours are mostly based on the fact that some commercial associations are doing their best to convince the government to extend the deadline arguing that small and medium sized companies are not yet prepared to comply with the new e-invoicing framework.

However, all official communications that have been released so far indicate that the government has no intention of postponing the deadline and 1 January 2019 remains the target date for mandatory e-invoicing for all domestic transactions in Italy.  Instead, the Italian government has proposed a relief on the penalties associated with the delay or non-transmission of invoices through the SDI platform during the first semester of 2019.

What’s at stake?  An overview of applicable sanctions for non-compliance

The main rule is simple: As of 1 January 2019, invoices that have not been issued in a structured format and/or not transmitted via the SDI, will be considered as non-existent from a fiscal perspective. And the penalties for failing to comply with the legal framework for this clearance process range from 90 to 180% of the tax applicable, according to Art. 6 of Legislative Decree n. 472 of June 1997.

It is also worth mentioning that the negative effects of not complying with the e-invoicing regime are not limited to the supplier – the effects spill over to the buyer, affecting their right to deduct VAT if the invoice has not been issued via the SDI system. If the buyer proceeds with the deduction without a proper e-invoice to base it on, they may be subject to a sanction of 100% of the tax involved, with a minimum of €250, according to Art. 6, Paragraph 8 of the Decree 471/1997. In addition to these sanctions, there are additional penalties applicable in the case of cross-border transactions that have not been properly reported.

For the 2018 year, the tax authority has specified in a circular (Circolare dell’Agenzia delle Entrate n. 13/E del 2 Luglio 2018) that small delays in sending the electronic invoices would not be sanctioned. This was an interesting deviation from another main rule, namely that invoices must be issued at the time of the supply. However, we are nearly at the end of the year, and so far, only a very small part of the economy has effectively been targeted by the roll-out of the e-invoicing mandate.  A similarly generous approach has not been granted for the last and most significant step of the roll-out, but still, some concessions have been made: For the first half of 2019, Art. 10 of the Decree n. 119 from October 23rd of 2018 provides that the tax authority will not apply penalties if the e-invoice is issued within the VAT liquidation period. If the e-invoice is issued by the end of the following VAT liquidation period, then the tax authority will reduce the penalty by 80 percent.

So, for example, if a business is not able to transmit invoices through the SDI by 1 January 2019, it can abstain from transmitting the invoice until the 15th of February (according to the Presidential Decree n. 100 of 1998 updated in 2018, the VAT liquidation date is on the 15th of the following month) with no penalties applied to the delay.

If the business still needs more time to prepare for the new framework, it is possible to delay the transmission of e-invoices through the SDI to mid-March, being subjected to an 80 percent reduced penalty.

The new measures in the Decree n. 119 of 2018 point to the conclusion that it is unlikely that a postponement of the mandatory e-invoicing regime will be announced. Instead, companies will effectively benefit from a short grace period from enforcement in the beginning of the year to continue with their efforts to connect with the SDI or to engage with a third-party software provider who can connect on their behalf.

Learn how Sovos is helping companies in Italy and across the globe stay ahead of disruptive changes in tax.

Lara Nogueira is a Regulatory Counsel at Sovos TrustWeaver. Based in Stockholm and originally from Brazil, Lara’s background is in law and accounting with a professional focus on international tax law, tax planning, and tax compliance. Lara earned her degree in Law and specialisation degree in Tax Law in Brazil and her masters in European and Internal Tax law from Lund University in Sweden.
Share This Post
Asia Pacific Tax Compliance VAT & Fiscal Reporting
China: Draft VAT Law Review

On 27 December 2019, the Italian government issued a decree delaying and establishing new dates for when the NSO platform would go live.  The Purchase Orders Routing Node platform (Nodo di Smistamento degli Ordini, NSO) had initially been scheduled to be effective on 1 October 2019. The NSO is the Italian government owned platform through […]

Digital tax reporting requirements have arrived and are here to stay.  As the global VAT gap continues to grow (estimated to be as high as half a trillion EUR), countries are increasingly using complex reporting requirements to gain insight into VAT activities.  In this rapidly changing environment, it’s of utmost importance for companies to ensure […]