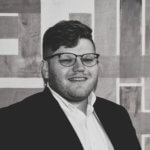 On Oct 24, the Organization for Economic Co-operation and Development (OECD) released guidance on how countries can implement effective VAT collection systems for cross-border trade, particularly concerning digital/electronic supplies. The guidance, which is entitled, Mechanisms for the Effective Collection of VAT/GST, relates mostly to design options for effective VAT collection mechanisms and registration systems.

This new advice falls closely on the heels of the release of their final report on the Action Plan for Base Erosion and Profit Shifting, including Action #1 which provided advice on the effective application of VAT to cross-border digital supplies. Businesses should take note, as Action #1, directly or indirectly, resulted in changes to the taxation of B2C electronic commerce in multiple countries across the globe.

On October 16, 2017, Italy’s Council of Ministers approved the 2018 Budget Bill. The bill proposes two new electronic invoicing requirements for businesses. Starting July 1, 2018, electronic invoices would be required to be submitted through the Sistema di Interscambio for services rendered by subcontractors under a public-service contract, as well as for the sale of petrol or diesel for engines.

The second item, however, would have far more sweeping impact. Specifically, starting on January 1, 2019, all business to business transactions for the supply of goods and taxable services would have to be submitted through the Sistema di Interscambio.

As adopting an e-invoicing mandate may require EU permission, this measure is simultaneously being sent to the European Commission for review while it makes its way through the Italian Parliament, where it must be acted upon by the end of the year.

On October 13 2017, the Polish Ministry of Finance published a new version of SAF-T structures for VAT-JPK_VAT(3) and announced that transmittals pursuant to the new structure will be required as of January 1, 2018. The new version includes changes to the Heading and Entity identification structures. The new changes in .xsd format are available on the website of the Polish Ministry of Finance.

The Ministry of Finance also announced that JPK_VAT files for September-December 2017 should be sent in accordance with the current structure.

The Spain Ministry of Finance released the first report detailing business compliance with the new SII mandate. According to the report, the compliance rate is in excess of 90%, meaning that approximately 50,000 businesses are meeting the requirement of providing transactional details to the government on a near-real-time basis. In the last three months, more than 700,000,000 invoices have been transmitted representing EUR 630,000,000,000 in value. Interestingly, the report indicates that the Ministry has found an 84% correlation between reported transactions and the corresponding VAT filings. Companies currently have the ability to review what is referred to as the contraste, which is a report that comparing their submittals to SII against what their customers and vendors are filing.

In sum, the initial report views SII as a success as evaluated against both adoption rates and the resulting level of VAT filing compliance. In recognition of this success, the Ministry plans on accelerating the time it currently takes to obtain VAT refunds. At the same time, we likely can expect Spain to roll out SII to remaining businesses not currently required to participate in the program, possibly as early as 2019. Spain is also talking about the possibility of using SII data to produce proposed VAT returns for taxpayers to review and submit, rather than waiting for taxpayers to produce their own.