2015 was a banner year for Latin American tax authorities, introducing more countries and more complications into the compliance landscape. For example, Brazil expanded its business-to-government mandates from e-invoicing to requirements that affect accounting, inventory management and personnel, while Mexico, Peru, Uruguay, Ecuador, Colombia and Chile introduced significant expansions of their e-invoicing and tax legislation. As we embark on 2016, what’s ahead? Expect even more challenges as compliance continues to be an issue affecting businesses throughout the region.

Latin American governments initially introduced e-invoicing mandates to curb VAT (value added tax) fraud. A UN report estimates that VAT evasion costs Latin American governments 17.8% to 37% of their total VAT intakes each year, compared with 3% to 22% for other VAT-based societies. E-invoicing mandates have already cut into that fraud. Brazil, for example, collected $58 billion in additional tax revenue in a single year, and Mexico saw a 34% VAT collection increase in a single quarter, realizing a $4.65 return on every dollar spent on auditing. 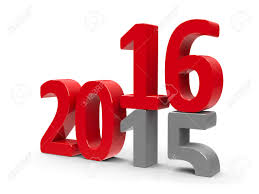 Now that governments are starting to see tangible revenues from their e-invoicing programs, many are moving into other potential areas of tax fraud – specifically, payroll taxes. The same UN report estimates that personal and corporate income tax evasion are even higher than that of VAT, ranging from 46% to 49% of total receipts for these taxes from 2006-2010. Considering that up to half of Latin America’s economies are unbanked and cash based, payroll taxes are a logical first step to curbing this evasion (though we anticipate them going much further to encompass cash transactions like purchases in the near future). Mexico was the first to introduce such legislation with its Nomina Electronica in 2014, requiring electronic registration of payroll receipts. Brazil quickly followed suit with more comprehensive human resource legislation, eSocial.

Business are punished when they don’t “shop local.”

In a further effort to increase tax revenues at home and stabilize their emerging economies, Latin American governments are looking at regulations that incentivize corporations for using local suppliers, manufacturing and workers, and/or penalize those who don’t. In Brazil, new reports scrutinize inventory and production, giving the government added visibility into supply chains and manufacturing processes. The SEFAZ, Brazil’s tax authority, is using this information, coupled with e-invoicing transactions, to develop punitive tax rates for companies purchasing the majority of their raw materials and supplies outside of the country. Under Brazil’s FCI rules, if more than 60% of a company’s goods come from exports, their in country VAT tax rate is higher.

After successfully recruiting multinational companies with tax incentives and the promise of less expensive operations, Latin American countries are now demanding their fair share of tax revenues. $154 billion is estimated to flow from Latin America to jurisdictions with lower tax rates through illicit capital flow, according to the UN report. Countries world-wide, not just in Latin America, are implementing procedures to combat this issue and ensure that companies pay taxes where they conduct business, as it’s estimated that 4% to 10% of global corporate tax revenues are lost to such “capital flight” each year. At the request of global governments, the Organisation for Economic Co‑operation and Development (OECD), has developed a country-by-country reporting template that provides a clear view of profits, sales, assets and taxes paid, which will be adopted in many areas in 2016.

It’s clear that governments throughout Latin America take tax collections seriously, and are implementing comprehensive steps to reduce tax evasion and fraud to maximize their revenues. In fact, Mexico recently withheld more than $384 million in VAT refunds to Colgate, Procter & Gamble and Unilever as it carefully scrutinized their operations. Multinational companies operating in this region need to manage compliance proactively, monitor trends to determine the next area of operations that will be affected and update processes accordingly. Learn more about how Sovos reduces the risk and cost of maintaining compliance, empowering clients to capitalize on e-invoicing requirements to improve supply chain efficiency and optimize cash flow.

Steve Sprague serves as General Manager for international products at Sovos. His electronic invoicing and Business-to-Government reporting expertise stems from nearly 20 years of experience in the industry, with the last 10 years focused on the compliance regimes across Latin America and Europe. Steve manages International go-to-market strategy and field enablement which has led to the firm’s double-digit revenue/sales growth in the last three years.
Share This Post
LATAM VAT & Fiscal Reporting
Sovos Acquires Taxweb, Extends Tax Determination Capabilities in World’s Most Challenging Compliance Landscape